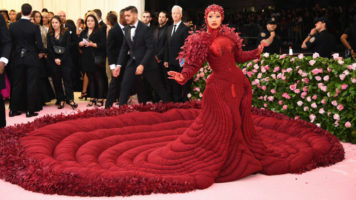 The unnamed manual pleasuring team reportedly managed to sneak away from the group while Head Counselor Wintour was busy making sure that the Avengers jocks weren’t bullying the Suicide Squad dweebs. Flipside celebrity sources allege that the duo’s digital indiscretions would have gone unknown had notorious camp squealer Celine Dion not “snitched like a bitch.”

In a surprising turn of events (given how much the unnamed male participant likes to brag about how much tail he catches out-of-state during summer vacation), the sexual encounter behind Cabin 16 was the first under-the-clothes experience for both participants.

“Oh yeah, me and [REDACTED] definitely have kissed before, like, with tongues,” the male participant casually relayed. “But no, this is our first time going…you know…all the way.”* He quickly clarified, “You know, with each other. I’ve totally gotten handies from chicks before.”

The two reportedly exchanged Yahoo addresses right before leaving the Gala in their respective family Subarus, but only time will tell if the mutual promise to “definitely keep in touch over the school year” will be upheld.

*The Flipside would like to confirm that no more than 2nd base was reached behind Cabin 16.