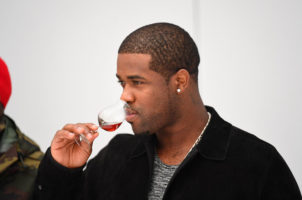 Students have been noting that Northwestern University truly came together as a community during A$AP Ferg’s set, in which he said “69” and the crowd responded in unison with “nice.” “It was like something out of a storybook,” said sophomore Daniel Garcia. “Everyone, from male to female, black to white, even frat boys to theater majors, knew that as soon as he said 69 there was only correct response. It makes me glad to know that 69 is still a powerful unifying force to this day.”

A$AP Ferg had hoped that his words would have this effect. Making sure to drop the “69” following Plain Jane, Ferg wanted to show that “we, as Americans, can come together regardless of the political divide today. Some may say that we are growing further apart, but certain things show we’re not that different after all. Truly, we must be thankful for 69.  As today has shown, it can overcome the gender, class and race to unify a divided .”

Following A$AP Ferg saying 69, some hoped this would be the spark to bring the Northwestern community together for causes like fighting tuition hikes or getting more funding for CAPS. However, such dreams were short lived as frat boys began saying the n-word as soon as A$AP Ferg began his next song.