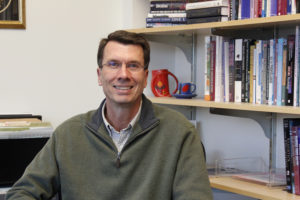 After it was announced yesterday A$AP Ferg would no longer be able to attend Dillo as he mourns the passing of his pet chihuahua Philip, a replacement was quickly found in rising rap sensation and Northwestern Physics Professor Gregory Smithson, better known by his stage name A$AP Greg. A$AP Greg was born on the mean streets of Wilmette, Illinois, is a divorcee with two adult daughters Julia and Kristin and drives a 2006 Toyota Corolla he calls Linda. Greg is known for his expletive-filled songs like Profane Jennifer, 2 pm Lecture, and Three Days Without a Shower.

Despite having won Battle of the Bands in Naperville approximately 6 months ago, Northwestern Students are feeling lukewarm about the switch up. When asked their thoughts on the change, Sophomore Josh Kleinman stated “it kinda sucks like my friends from New York were flying out to come and now all they get to see is A$AP Greg? They already think Northwestern kids are nerds.” Junior Wilhemina Bergeson echoed these concerns adding “Professor Smithson’s class is boring enough; I didn’t know he had a rap career and honestly his sound cloud has scarred me.” The majority of freshman interview didn’t seem concerned with the change only how they were going to acquire an adequate amount of alcohol to make it the best day they’ll never remember.

Sources say A$AP Greg feels more ready than ever to take the stage next Saturday and hopefully win back his ex-wife Christine in the process.