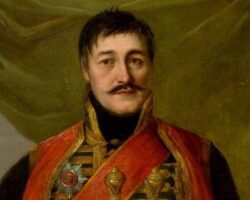 After running out of hobbies, interests, or passion for anything, local man Tony Candreva has resorted to forming his personality around a random Balkan country. Candreva reportedly has no connection to or experience with the southeastern European peninsula, but feels drawn to twelve countries in the region, saying they are the “true birthplace of culture and civilization.” When asked if he had ever met someone from a Balkan country, he reportedly mumbled something about the Byzantine Empire.

“Right now, I’m stuck between shaping my personality around Albania or Bulgaria,” said Candreva. “As we all know, Alexander the Great was secretly Albanian, but of course most of Europe is technically part of Greater Bulgaria anyways. No, I haven’t been outside in a while, why?”

Candreva’s friends have expressed concern over their friend’s recent Balkanization. “I’ve tried to talk to him and make sure he’s doing ok, but he kept shouting about land disputes between Kosovo and Serbia,” explained a close friend, who wished to remain anonymous. “He stopped talking to me after I mentioned North Macedonia, calling me a ‘NATO propogandist.’ I don’t think he’s showered in a month because every time I asked him if he’s bathed recently, he’s said ‘I ain’t no Slovene.’”

When asked if he ever intends to form real, human connections instead of relying on esoteric humor relating to obscure feuds between small European countries, Candreva responded that doing so is a “Croatian trait.”

Latest News, Local, No. 308, World Balkan states, balkans, buy a s'well water bottle we're not sponsored by them but they're really good and good for the environment, Hey if you're currently looking through the tags your life may be over, i edited it, i put random tags on the articles, soren wrote this article, Will anybody miss me when the tags are gone?