Ask Flippy: (From Math Student) Where On Canvas Are These Taylor Series Due At Midnight And Why Do I Need Apple Music To Solve It? 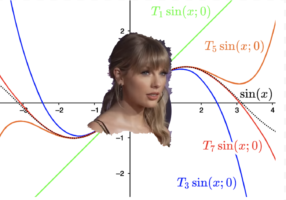 Did you do the homework for tonight? I kept hearing people in my math class today talking about these Taylor Series that will drop at midnight, but I can’t seem to find them anywhere. But I think it must be really important because they were talking about it during the whole lecture instead of trying to remember and write down the notes from 5 slides ago.

I tried asking what sort of problems they were talking about but they just told me I was the problem? That I was some sort of anti-hero? Do they mean antiderivatives? I’ve also been checking the announcements on our math canvas page but all I see is the professor posting the homework due four months from now and seven messages about the TA changing his office hours.

Now it’s already midnight and people are saying they’re glad they have Apple Music? And that you’re on your own, kid slaps? Why am I on my own and why do they think I’m slapping? Why is everyone still awake? Are there going to be more problems at 3am?

Hello student who probably lives under The Rock,

It seems to me you’re confusing “Taylor Series” with “Taylor Swift.” You see, every Taylor Swift fan is trying to listen to her new album tonight, which makes it the one night of the year where Apple Music listeners are considered useful. Unfortunately, my Spotify has crashed so I can’t tell you much more. But definitely don’t stress out. Tonight is a celebration! Actually, for most people it’s the best night of the year. Aren’t you envious that for you it’s not?