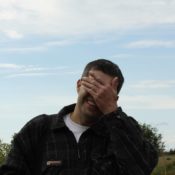 Freshman Just Referred to Professor as His “Teacher”

“There’s no way I can associate with him anymore. We’re in college now, bro. We have professors, not teachers. It’s just so childish,” said Jacob Villanueva, before heelying away.

Police Arrest ‘78 Alumna for “Tryna Get Shwasty” at Homecoming

EVANSTON — Eileen Schneider, WCAS ’78, was arrested this weekend for belligerent behavior and public indecency during a homecoming event on Deering Meadow, according to new reports from the Evanston Police Department. She had been yelling obscenities across the meadow and flashing gentlemen coming in and out of Kellogg. Schneider was stunned by her arrest and by the harsh campus rules that have “poisoned this university.” “I was just tryna get a little shwasty up on Sheridan,” Schneider said as