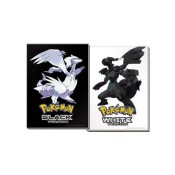 This article was conceived by Nick Platoff, Bienen 2014 TOKYO — Following the anticipated success of Pokémon Black and White, Nintendo revealed that the sixth generation of the popular video game will have the “colors” of Sunni and Shi’ite. Satoshi Tajiri, creator of the Pokémon franchise, told the Flipside, “The most recent Pokémon games – Pearl and Diamond, Black and White – have been called ‘lame’ and ‘boring.’ We clearly needed to make the next generation more exciting. Infusing the