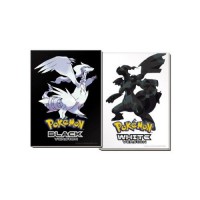 This article was conceived by Nick Platoff, Bienen 2014

TOKYO — Following the anticipated success of Pokémon Black and White, Nintendo revealed that the sixth generation of the popular video game will have the “colors” of Sunni and Shi’ite.

Satoshi Tajiri, creator of the Pokémon franchise, told the Flipside, “The most recent Pokémon games – Pearl and Diamond, Black and White – have been called ‘lame’ and ‘boring.’ We clearly needed to make the next generation more exciting. Infusing the games with real religious conflict is sure to do it.”

Local Pokémon fanatic Timmy G., 10, commented, “The last few sets of starting Pokémon have been really pathetic. I mean, look at them! Chimchar is this ugly-butt (am I allowed to say ‘butt’ in an interview?) monkey-butt, and now there’s Tepig – some sort of fire pig thing. I’d rather train a Magikarp than either of those!”

Indeed, studies have shown that each generation of starting Pokémon has become 30% lamer than the preceding generation.

Pokémon Black and White – which are scheduled to be released in the U.S. in spring 2011 – is the first Pokémon game that is not set in Japan; instead, it takes place in the Unova region, modeled after New York City. Similarly, Pokémon Sunni and Shiite will be set in the Middle East, and will introduce a new Pokémon type: oil.

It is also rumored that Nintendo interviewed Michael Vick about how to make the game’s infamous Pokémon battles more exciting. Tajiri declined to comment.