Sex strike on Politicians in Belgium. Senators turn to mistresses. 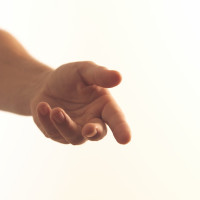 BRUSSELS – Belgium has faced a political deadlock that has been going on for eight months. In a flash of ingenuity, Belgian Senator Marleen Temmerman called for a sex strike imposed by the wives of the politicians until agreements start getting reached.  At first there was confusion as to whether this pertained to all forms of sex (including oral, anal, and nasal), but upon clarifying that it includes everything up to a quickie handy, the men decided to finally take action.  The senators have all unanimously agreed that losing their primary source of coitus means that they have a right to find mistresses, instead.

Flipside was able to speak to Senator Hansel Brigmiester.  [The following has been translated into English]  “If our women refuse to satisfy us in our quest to create the longest and least important governmental deadlock in history, then we have no choice but to turn to our mistresses.  We believe that our wives have crossed a line.  Clearly, the only reason we have wives is sex.  We couldn’t possibly give a care about the companionship, tax write offs, ability to start a family, or even just having someone to hold at night.”

As a result of the strike, women all across the world have discovered that they, too, can withhold sex from their spouses or boyfriends.  Beth Harper (class 2012) spole with the Flipside: “My boyfriend Mike wasn’t going to to see Burlesque with me, so I went on a sex strike.  He saw it with me the next day. Thanks, Ms. Temmerman; you’re an inspiration to us all.”

Ms. Temmerman has just announced that if the sex strike fails to force the Belgium senators out of deadlock, the women are prepared to stop making sandwiches for their husbands as well.

The Flipside thanks Kyle Ward for pointing out a grammatical error.