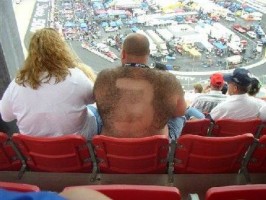 Recently, Indiana’s Republican-controlled legislature has moved to impose some of the strictest controls on abortion of any state in the nation. These measures are expected to pass with little real opposition and can only mean one thing for the rest of the country: more damn Hoosiers.

You know what this means. More rabid basketball fans chomping down on deep-fried pork products while somehow pretending to be Irish on a regular basis. More people who have actually been to Kokomo and Gary, Indiana, and have no qualms about ruining the songs by telling you about the bleak realities of such locales. More people who will spend surprising amounts of energy trying to convince you that there really is more than corn in Indiana. And, oh, God, more corn.

The Hoosiers have already spoiled the 38th-largest state in the union with their starchy diets and inability to properly pronounce names like “Versailles” and “Milan.” With the new legislation in place, the Hoosier population will grow exponentially, possibly spreading to other states to build ethanol plants and racetracks. Wildlife management officials in Illinois, Ohio, Wisconsin, Michigan, and Kentucky are now launching investigations into the spread of the population in the hopes of quickly determining if the Hoosier might become an invasive species.