Bailey to Teach Introduction to the Unspeakably Obscene 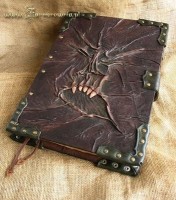 EVANSTON – Inspired by the popularity of Psychology 337, Human Sexuality, Northwestern has chosen to offer Introduction to the Unspeakably Obscene as a new class taught by Professor J. Michael Bailey next fall. According to Bailey, he organized the class in order “to open up a mature, academic dialogue about uncommon sexual practices that weren’t touched on in my Human Sexuality class. Specifically, uncommon sexual practices so blood-curdlingly unnatural they make Two Girls One Cup look like a Disney movie.”

A wide array of topics, chosen by Bailey, will be addressed in the seminar. In an attempt to “ease students into talking about [the obscene] with a milder topic,” Bailey intends to introduce the class to the obscene with more family friendly material. “I haven’t finalized the syllabus yet, but I figure I’ll start out with something I’d consider tame, like viewings of porn/snuff flicks based on the works of H.P. Lovecraft.” Said Bailey, “I doubt anyone is going to be offended by a tentacled spider demon sodomizing the Pope with a crucifix while devouring an entire orphanage.”

According to Bailey, later topics would include “sex toys that make a fucksaw look like something a four-year old built with Lincoln logs,” a “really, really, interesting trip to the zoo,” and there would be no final. Instead, students who complete the class without gouging out their eyes or being reduced to sitting alone in a dark room while rocking back and forth and muttering to themselves would be given an A.

As of press time, the class had already filled two waitlists.