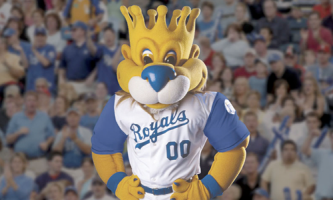 EVANSTON – Anticipation turned to confused embarrassment when the sisters of the Delta Delta Delta Delta sorority realized that the ‘royals’ they had invited to their “Royal Wedding-Watch Party OMG!!!!!” event were, in fact, the Kansas City Royals, the major league baseball team.

“I was like, sooo excited when I heard we were watching the royal wedding at the house,” said Quad Delt sister Becca Silverstein, “cuz my boyfriend is from Kansas City and he’s always talking about the royals there and how great they are. I couldn’t figure out why they lived in Kansas instead of, you know, England or wherever, but I just knew that we had to invite them.”

Much to the surprise of all involved, the starting line-up of the Kansas City Royals arrived at the Quad Delt house on Friday evening. “We couldn’t understand why a bunch of sorority girls wanted us to come visit them,” explained starting pitcher Jeff Francis, “or why the girl who called our manager kept calling him ‘Your Highness,’ but it’s not like we have anything better to do. We’re playing the Twins on Friday, so hanging out at a sorority sounded a lot more productive. I might try to catch a Cubs game while I’m here.”

Mercifully, the confusion did not last long, as Quad Delta house mother Martha Jibkowski quickly determined that the baseball team’s presence was a flagrant violation of house rules.

This snafu comes in the wake of Quad Delt’s disastrous all-white charity performance of The Wiz for the NAACP board of directors.