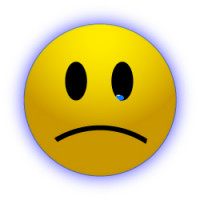 EVANSTON – On April 22, members of Northwestern’s Happiness Club dissolved their organization due to the 34 degree weather. For some context, it was 78 at Emory, 84 at Rice, and 69 at Vanderbilt at the time the decision was made. Just saying.

“It just wasn’t worth it anymore,” said former Happiness Club president Ben Ulman. “I don’t even know if there is such a thing as happiness when it’s grayer outside than the area in the Protess situation.”

The Happiness Club’s last event involved putting their yellow smiley face stickers on the ground as it rained. According to Ulman, they wanted it to look as if the smiley face was crying.

“Northwestern still has a lot to offer,” said former Happiness Club member and tour guide Alyssa Novasad. When asked to elaborate, Novasad paused, said something to herself that sounded like Parseltounge or Xhosa (it’s hard to tell the difference; both languages use clicks and trills), and then said, “Well, umm, half our student body doesn’t really like to go out.”

But the Happiness Club appears to be as dead as Nietzche, leaving a bright spot that… Oh, brightness! What I wouldn’t give for some warmth, for the smell of tulips in the soft summer breeze, the feel of hot asphalt on the sole. That, my friends, is happiness. I would join that club.

“Happiness is when what you think, what you say, and what you do are in harmony,” Ulman or Ghandi or maybe Novasad said.

Rain or shine, says Ulm… You know what I think? the rain is not God crying because He feels bad for us, but Him laughing so hard He cries at the notion that such smart people would actively choose to live in Evanston. When it thunders, it is God keeling over at the idea an educated group of mortals would choose to live this far from the equator when they could live in such places like Orlando or Mexico City or even Nebraska.