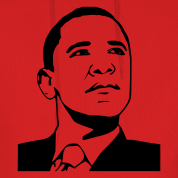 WASHINGTON – With the first Republican primaries right around the corner and the current batch of Republican candidates offering the less-than-compelling choice between “the crazy one” and “the one who didn’t win last time,” the GOP has realized it will need a charismatic personality to dethrone sitting president Barack Obama. Specifically, they need former Illinois Senator Barack Obama.

The possibility of an Obama run for the Republican nomination was first discussed by Fox News anchor Sean Hannity, who claimed that the conservative base needs a “charismatic, smooth-talking leader able to embrace some liberal notions, a mold fit perfectly by Mr. Obama.” Hannity also noted Obama’s history in the White House as a point in his favor. “What better way to prepare for the office of the president,” he reasoned, “than being in the office of the president?”

Obama’s GOP campaign is seen as particularly strong in Iowa, where his skill set seems tailor-made for success. “Based on previous evidence, Obama’s ability to give rousing speeches in Iowa is off the charts,” explained Hannity. “I think his remarkable oratory skill is exactly what the Republican Party needs to win a battle of wits against that other orator whom the Democrats have nominated.”

In fact, Obama is seen as a perfect candidate based in large part on how well he matches up against his theoretical liberal counterpart. Obama, many conservative pundits believe, has exactly the leadership skills and ability to make tough decisions that could topple President Obama. “It’s funny,” Hannity remarked, “he’s so self-assured. He acts like he’s already won the presidency. I love his confidence.”

If Obama doesn’t work out, the Republican Party may pursue former President John F. Kennedy instead. “Kennedy’s oratory prowess makes him a viable candidate,” Hannity told The Flipside, “Now, I wonder where he’s living these days?”