Brett Ratner to Vote on Excellence in Film 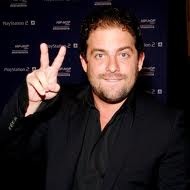 LOS ANGELES – As Oscar season 2012 kicks off, desperate film producers have launched “For Your Consideration” ads aimed squarely at currying favor with Brett Ratner. The 42-year old filmmaker’s opinion, in a bizarre twist of fate, is considered not only relevant but actually equal to that of Martin Scorsese or half of the Coen brothers.

The X-Men 3 director, whose soulless blockbuster films and derogatory comments against gays have earned him near-universal scorn, said that he sees nothing wrong with the Academy granting him the same degree of veneration and respect as they would to Alfred Hitchcock or Billy Wilder.

Per tradition, Ratner plans to schedule a “pre-awards” lunch with Joel Schumacher and Michael Bay so that they can synchronize ballots, research how many more “Transformers” movies it will take to buy a Gulfstream jet, and discuss how Steven Spielberg was “clearly phoning it in this year”. The sheer audacity and narcissism required for these men to publically weigh in on the best cinema of 2011 will be in careful accordance of the Academy’s professed mission: “To Stifle Creativity and Hire Billy Crystal”

Each year as he prepares his ballot, Ratner reportedly finds himself struck by the memory of betraying his original artistic vision for easy money and two Jackie Chan sequels. He typically attends a support group for filmmakers incapable of creating anything daring or controversial (The 69th Annual Golden Globes), but ever since Ricky Gervais began hosting, Ratner claims that he no longer feels appreciated.

“Every time [Gervais] looks in my direction I can tell he’s thinking: ‘Nah, too easy. Where’s Mel Gibson?’” Ratner explained, tearing up slightly. “Damn, that Hollywood millionaire really knows how to stick it to the man, huh?” Ratner regained his composure as we discussed his ballot choices.

“I’m probably going to nominate Gary Oldman for best actor,” Ratner confided. “I saw this great piece in TIME about how he really deserves his first Oscar for Tinker Tailor Soldier Spy. I haven’t seen the movie. Or read the article. But the headline really stuck with me!”