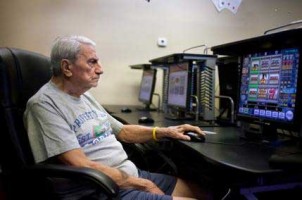 So this past Sunday night, I was flipping through the most recent issue of Life Magazine, watching some good ole’ public broadcast television – and I heard about this SOPA thing. Barbara Calhoun was reporting that if SOPA happened, this thing called ‘The Internet’ would start getting regulated by the government. Now I’m not normally one to judge the government – they’ve never done anything to me. Every day, I wake up and have a bowl of cornmeal in front me so I assume they’re doing their job.

But Mrs. Calhoun seemed pretty riled up about this ‘Internet’ business, and that told me it must be something important – she’s never steered me wrong. So I went to one of those ‘café’ places where all the kids go, and decided to check out this ‘Internet’ for myself… AND HOT DAMN! THIS THING’S AMAZING! Did you know you can read the news on the computer? I finally found the Reagan Issue of Time that I’ve been looking for!!! AND THE PORN!!! I cannot tell you how many times I’ve gotten paper cuts with my nudie magazines. Those things sting like the dickens! But now, that will never be a problem!

We should really spread the word about this whole Internet deal! I can’t even imagine how many people are missing out on this great creation. The government needs to at least give this thing a little bit of trial period before they go and do anything with it, because I sure don’t see anything wrong with it – and if more adults got the chance to see the Internet for themselves, I think they’d agree.

Shortly after making this statement, Mr. McCulloghy was arrested by the FBI for streaming episodes of The Andy Griffith Show. Nobody has heard from him since.