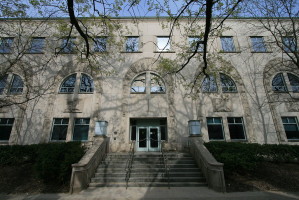 EVANSTON — Confronting ever-dwindling numbers, School of Education and Social Policy Dean Penelope Peterson decided on Friday to transfer all remaining students into sheltered habitats. Despite being the most transferred-into school at Northwestern, the number of SESP students has dropped to a dangerous low; experts say the rare breed is now critically endangered. The decision was spurred by widespread reports of legitimate colleges “poaching” SESP students.

Northwestern ecologist and activist Brenda Grombel described the situation, “What these people do is horrific. They lure the students out of their natural surroundings, strip them of their pristine GPAs, and then stuff them full of marketable skills; it’s like looking at baby seals getting clubbed.”

Even worse is the fate of the youngest victims: the undergraduates. “They are plucked from the sheltering arms of the school before they are even old enough to get a teaching job,” said Grombel. “They’re harvested for their tender, delicate minds, and then abandoned to face the harsh grading curve alone. Very few can can handle the workload of first year calculus.”

To combat this, Northwestern President Morton Schapiro announced plans to build a $250 million enclosed environment to preserve the endangered students until their numbers can recover. The plan calls for a natural refuge on the lakefill, complete with open spaces, mating caves and soundproof barriers designed by McCormick students that will protect the inhabitants from cruel mockery by McCormick students.

Dean Peterson strongly endorsed the plan, which is expected to be completed in 2015, calling it “the best way to ensure that the supply of debt-riddled public educators continues long into the future.”