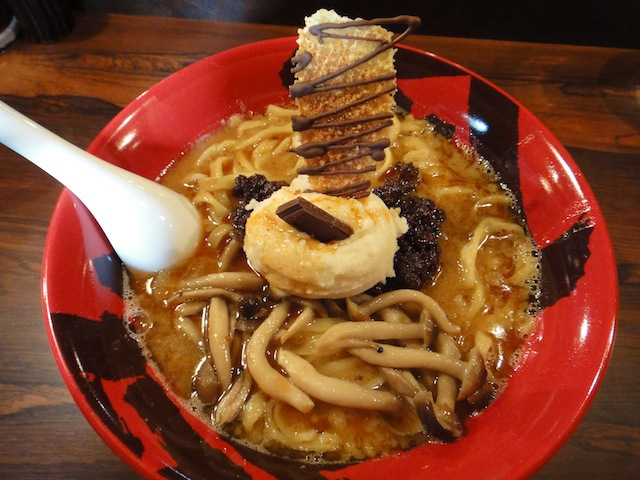 It’s 11 PM on a Tuesday, you’re sitting in your dorm, and you’re stoned out of your mind. (What’s that you say? Other people don’t blaze on Tuesdays?) Whatever. Wednesday night. This medley of common foods found in dorm rooms is the perfect remedy to your munchies if you’re too high to make the trek to Cheesie’s or remember that Jimmy John’s delivers. I guarantee that this recipe will get you the maximum enjoyment out of getting baked without actually baking.

What:
– 1 Pack Ramen Noodles
– 2 Cups Goldfish (Don’t have a measuring cup? Two cups is approximately the amount of goldfish you can fit in your mouth at one time.)
– Some Chocolate Shit
– Ben & Jerry’s Half Baked (or Milk & Cookies)
– An apple

How:
1. Make the Ramen in a bowl. If you need further explanation just go ahead and eat your Goldfish cause I’m done with you.
2. Crumble the Goldfish in your bowl and stir.
3. Notice how your hand looks as it stirs. Like, really look at it. It’s out of this world, man.
4. Melt whatever chocolate you have and pour it in. Use a Crunch Bar IDGAF. Remember to lick the wrapper.
5. Eat the Ben & Jerry’s while making the Ramen and chocolate. (Optional: Put the Ben & Jerry’s in with the Ramen. I tried that once and it blew my mind.)