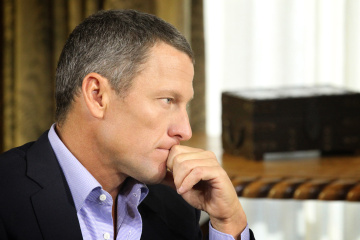 In response, ’13-Armstrong distanced himself from ’05-Armstrong, saying that ’05-Armstrong was a “flawed human” who was obsessed with winning and did everything he could in order to win.

At press time, ’05-Armstrong was seen injecting massive quantities of previously-drawn blood in a sketchy hotel room in rural Spain.