WASHINGTON — The Senate today confirmed a bagel as the nation’s next Secretary of Defense in a stunning show of bipartisanship. After it became clear that the confirmation of Chuck Hagel would be an insurmountable political obstacle, President Barack Obama nominated part of his breakfast instead. Senate Majority Leader Harry Reid (D-Nevada) stated, “While this bagel isn’t the ideal choice, it’s at least palatable to most members of the Senate. He’s bland, holding no controversial positions, and it is adaptable

BRONX, NY — Pablo Sanchez, the childhood baseball phenomenon made famous by Backyard Sports, has signed a seven year, $150 million dollar deal with the New York Yankees, who won a historic bidding war for the now grown-up star. Sanchez has shown unparalleled talent since he was a mere two inches tall, and could be the most promising rookie prospect in decades. “Pablo has defied logic by not only competing with major league stars, but destroying them since he was 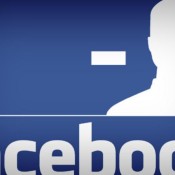 MILWAUKEE, WI — Milwaukee native George Waterson defriended his Facebook friend David Debbleby Monday night. Monday was Debbleby’s birthday. “I really don’t like David,” said Waterson. “I had actually forgotten we were still Facebook friends, but I guess he was just hidden from my newsfeed.” The two became Facebook friends in 2007, when both men were in the same group for a high school English project that involved a computer slideshow presentation, a speech, a short written report, and the

[The Flipside Guide to the 2013 Oscars] Argo & Django Unchained

With Oscar season in full swing, The Flipside is proud to present a summary of 2012’s most acclaimed films. In the name of brevity (and to better emulate the Academy), we are pretending that The Master and Moonrise Kingdom don’t exist. Peruse our reviews of the other nominees: *Zero Dark Thirty and Les Mis *Silver Linings Playbook and Life of Pi *Lincoln: Thoughts from a Northerner, a Southerner, and a Man Who Misheard the Title of the Film as LinkedIn

AUSTIN, TX — In recently acquired testimonies, anonymous sources report that Lance Armstrong in 2005 was extremely upset by public statements made by Lance Armstrong in 2013 regarding his doping allegations. The Flipside was told by these sources that ’05-Armstrong vowed to his closest confidants that he wanted to destroy the career of ’13-Armstrong for the “obviously-false” statements made by Armstrong. According to the sources, ’05-Armstrong went on a tirade against ’13-Armstrong, calling him “crazy,” “bitch,” and “a prostitute with 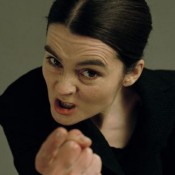 Back from Break, Thoughts that my Angry Feminist Roommate Didn’t (Did) Share

UGH. I just can’t believe we’re back already. It’s not even that I don’t want to do school work again, I mean I’m really excited to get to the nitty-gritty in “Gender Studies 205: Why it’s so Hard to be a Woman” and “History 307: A History of Every Repressed Culture in History.” It’s just that Northwestern is like SO, heteronormative. 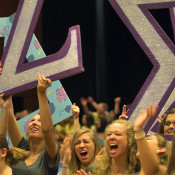 New Sorority Pledge in Love With Her Sisters, Unsure of All Their Names

EVANSTON — Lambda Omicron Lambda’s newest sister Maggie Kelter announced Thursday that she is “like totally in love with her new sisters.” After receiving her bid Tuesday night, Maggie fell into a state of hysterical joy and, along with a throng of strangers whose names she would pretend to know, began shrieking over the fact that she was now a sister of LOL. Accompanied by the rest of her new LOL sisters, Maggie marched to LOL’s chapter house to celebrate.