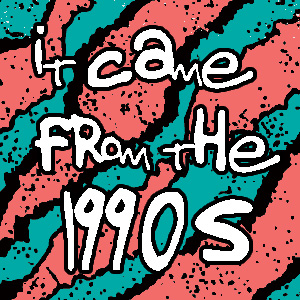 CLEVELAND, OH — An area cynic has managed to ruin everything from our childhood that we ever looked back fondly on. Over the course of one rambling diatribe that the cynic called “a conversation” he proceeded to poke holes in everything we ever cherished.

For example, he really hates 90s television shows and has no shame haughtily telling us so. In his words, “TV is lying to you, man. Clarissa never really does explain it all, does she? Also I don’t know what that is, but it certainly isn’t Raven.”

“And the movies weren’t any better,” he added. “Have you tried re-watching The Sixth Sense? It does not hold up for multiple viewings, and quite frankly I’d say the same thing about Fight Club, except I’m not supposed to talk about it. Oh wait, I just did.”

The cynic then proceeded to rail against the manufactured evil that is the music of the 90s. “That *NSync song, ‘Bye Bye Bye’ is more like ‘Buy Buy Buy’ if you ask me. You are all just part of the capitalist machine. Also, those Backstreet Boys need to be taken out back and put down, I really want it that way.”

Reaction to the cynic has been mostly hostile, with one witness saying if only I could hit him baby one more time and many of his so called friends are now referring to him in the modern parlance as just somebody that they used to know.