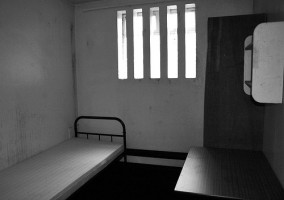 As a service to incoming freshmen and current students debating where to live next year, The Flipside has created Northwestern’s most definitive housing guide ever. This first chapter will provide everything you need to know about the far north. We promise that every residence hall was inspected by someone who lived on the premises, or at least heard about it once. Below is all of the information you need in order to choose the building you want to live in, as well as information about the building you will actually live in once all the good buildings fill up. We’re fully aware that your priority number is shit.

Ayers — Number one choice for people who can’t get into any other building on North Campus. After powerhouse buildings like Bobb, Elder, and Sargent fill up, Ayers quickly gains its first committed resident. Critics rave about life in Ayers, saying “It really isn’t that bad,” “Save yourself,” and “I want to die.” Its proximity to the beach makes it the perfect place for a sand volleyball game, cookout, or a session of pondering where exactly the beach is.

Bobb/McCulloch — Ugh, can you say Bo-ring? Francis Willard sure does live on in this place. Bobb is full of the most sober college students you could ever imagine. For a dorm right by the frat quad, you would think they’d know how to go hard, but instead most of the inhabitants spend their Friday and Saturday nights knitting and attending Norris Nights events. Which, by the way, are total extravaganzas.

CCS — Look, we don’t even know what the hell this stands for. Creepy Crawly Spiders? Crunk College Students?

Elder — Elder is a maze and you will never find your way out. There’s actually a minotaur in there somewhere but it’s rarely seen because it can’t find its way through the labyrinth. Fun fact, the minotaur is the result of a radiation accident in Slivka that you’ll learn about later in this guide. But anyway, back to Elder. This is the well-kept home to some of Northwestern’s best and brightest freshmen. Maturity is like alcohol in Elder. Everyone has some, but they’re really good at hiding it.

GREEN House — Why do you think they call it green? Nicknamed “Little Colorado,” GREEN House is the home of 486 pounds of Grade AA marijuana, plus what’s left of a few humans.

Sargent — No one lives here, it’s just where all the science people go for lunch in between their classes in Tech. Located inconveniently far from Sheridan Road, Sargent is a hub for a diverse multitude of people: Physicists, Engineers, Chemists, and even the occasional Biologist.

Slivka — Be afraid. Be very afraid. Rumor has it the place is still radioactive from the Michael Huntington Incident of 1997 (God rest his soul). That’s why all the engineers who live there are total freaks. Well, that and the fact that they’re engineers.

With housing decisions approaching in the next few months, The Flipside wishes each and every freshman the best of luck, knowing full well that you’ll all want to tear your hair out by the end. No matter what happens, just remember that you’ll complain about your dorm regardless of where you live.

Click here for our guide to south campus dorms and here for southwest dorms.