“Every day I hose down the walls. Then I turn on the heat on low, so we can marinate in the humidity.”

Bobb resident Sean Heckerson has acquired the ability to transform into a radioactive stink bug by using sheer willpower.

“A glossy poster of the $110 million renovated arena makes my chronic cough entirely worth it,” said Bobb resident Jason McKeen. 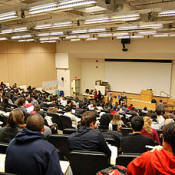 Schapiro insisted that selling ad space is not mandatory. However, his rule that those who did not comply would have to spend a night as a Bobb RA has made PowerPoint ads quite popular among professors. 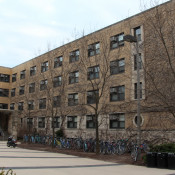 Freshmen were shocked to find out these conveniently located containers weren’t designed for their puking needs. 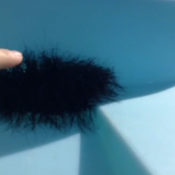 Later that night, students began to report sightings of a “giant, writhing, spider-like creature” near the Bobb recreation room. 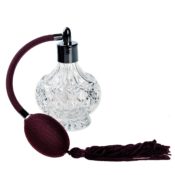 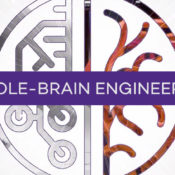 “Who are we fooling with this ‘one cohesive campus’ bullshit?”, added an anonymous tour guide.

EVANSTON – In a gracious attempt to do its part in the increasingly turbulent Syrian refugee crisis, Northwestern University has offered to take in up to 25 Syrian families and host them in unoccupied rooms in Bobb Hall, but upon visiting their prospective homes, the selected families promptly declined. Bobb RA Meera Nahas was chosen to show the families around Northwestern last week, and he says they seemed largely pleased with the beauty of the campus. “That’s until I took 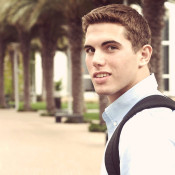 Sources indicate that although he had originally thought it was just named Bobb, he used the critical thinking skills that reportedly got him into Northwestern to deduce the dorm’s official name.