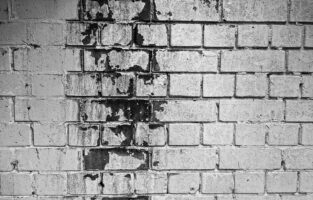 Northwestern dad Terry Wiggins is a fun guy, in more ways than one.

Namely, he’s spreading black mold in his home to emulate the Bobb-McCulloch dorm’s iconic environment. His daughter Claire, a first-year voice and opera performance major, had been scheduled to live there for the 2020-2021 school year.

After the university’s last-minute cancellation of on-campus housing for first and second-year students on August 28th, Northwestern families struggled to pivot. “We can’t afford a hotel or apartment like some other families,” Wiggins said. “But we still wanted to give Claire the best dorm experience she could get.” Wiggins has gone above and beyond to do so.

How does he do it? “My main goal is to maximize moisture,” Wiggins said. “Every day I hose down the walls. Then I turn on the heat on low, so we can marinate in the humidity.” His wife, Sharon, helps him by keeping all entrances shuttered. “I think what Terry’s doing is wonderful. A true Bobb experience,” she said. “He’s even considered leaving dog shit in the hallway outside Claire’s room, to top it all off.”

Claire herself appreciates her father’s gesture, though she says the mold growth is interfering with her studies. “My eyes are watery all the time, and my nose is runny,” she said. “It’s really difficult to sing.”

According to the Illinois Department of Public Health, some people can experience adverse health reactions to black mold, ranging from mild allergies to pneumonia.

“It’s just kind of disgusting, living like this,” Claire said. “But I guess it would be the same in Bobb.”