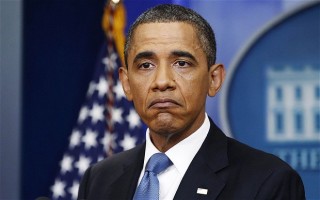 With President Obama’s recent visit to Northwestern fresh on the minds of every Wildcat, now is the perfect time to reflect on all of the problems facing us that are a direct result of the actions of our commander-in-chief.

At the very top of the list is the crippling debt and general poorness felt by college students across the nation. In fact, with the average interest rate on student loans at approximately 146.72%, this generation’s college student is not expected to be free of debt until 17 years after his death. And when you add on all of the other areas of life that require monetary funds, you see just how screwed we all are. Between the glorified picture-books that our professors refer to as “textbooks” and our annoying need to receive sustenance to perform biological processes, it’s a wonder any of us can even afford to pay attention (get it?).  And where is all this money going? It is almost certainly going into President Obama’s Swiss bank account that he uses when he wants to play Baccarat and drink brandy with other world leaders. So thank you Mr. Obama for ensuring that college students will constantly be counting their pennies long after graduation.

But wait, there’s more! Think about all the trouble President Obama caused just by setting foot on our campus. Between the frustrations of navigating the area around Cahn Auditorium to the agonizingly slow Internet speeds that occurred during the streaming of his speech, everyone was negatively affected by the actions of the president. I personally had to wait to cross a street while his motorcade passed by. I thought pedestrians had the right-of-way, Mr. President. I guess some people are just above the law. It was not until the next day that things went back to normal on campus. Thanks Obama, that’s a whole day down the drain.

Even when you look past all of these problems, there are still countless more issues facing the average Northwestern student, all of which can be traced back to Obama. President Obama made your class requirements too hard, so you failed your Econ quiz. He knew your roommate was a psychopath, so he paired you two together to be funny. And you know he scheduled all your classes for the top floors of every building JUST to spite you. Yes, President Obama has seen to it that our lives are as difficult as possible. So I would like to lead the whole Northwestern community as we all tweet one big #thanksObama.