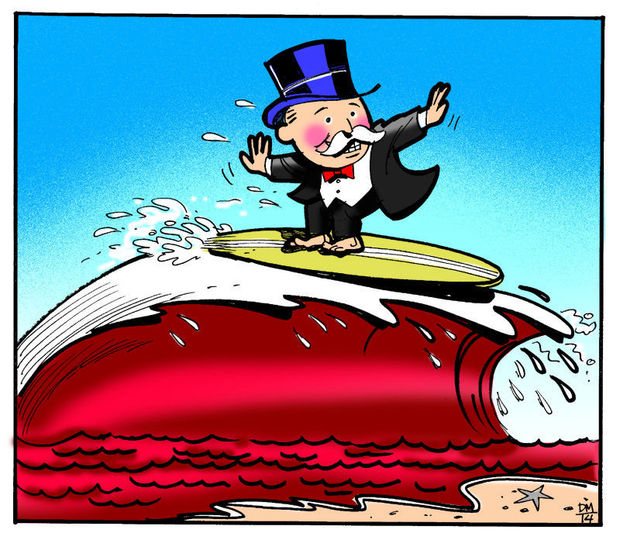 CHICAGO – Millions have been reported as being in critical condition in the aftermath of last week’s natural disaster. The event, now being referred to as “The Red Wave,” has left the nation’s minority populations severely crippled.

Few voters anticipated the rippling effect that their ballot had during Election Day. While they innocently cast their votes, they were building a mountain of potential energy that eventually broke in a flood of rage. The resulting monstrous wave spread across the country from coast to coast, leaving red-tinted devastation in its wake.

“It’s been heartbreaking seeing all the women, blacks, and Mexicans around me going down so quickly, said Red Wave survivor Ted Roberts. “If only they had a well-funded 104k and adequate healthcare coverage, they would’ve stood a chance.”

Thankfully, some had been preparing for this event for quite some time. Roberts told reporters he has been stockpiling affluence for years by taking advantage of his lax income tax bracket, purchasing multiple homes, and planning retirement in Palm Beach. He has also been taking great care ensuring he remains male and Caucasian.

Casualty estimates have reached 100% for immigrants, 100% for blacks and Mexicans, and 99% for women. Reports have not surfaced from the LGBT community, and those close to its members speculate that all LGBT individuals have simply vanished. These claims are still under investigation.

The White House was expected to form a relief effort for the affected individuals, but Senate was too preoccupied in determining the best use for its newly acquired stock of uteruses to listen to Obama.