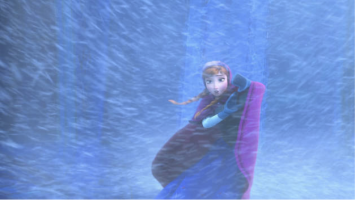 EVANSTON — Northwestern University received an unpleasant gift from the heavens, officially beginning the school year for bipolar weather patterns. At around 3:00pm on Friday October 31st, Evanston’s environment was met with extremely powerful winds and massive amounts of hail…. I’m just gonna repeat myself just in case you missed that… IT MOTHERFUCKING HAILED LAST WEEK!!@&%!!!

However, this was no ordinary winter wonderland experience. Instead of running outside like children to catch snow in their mouths, students screamed bloody murder as they scrambled for shelter, as if Godzilla himself were taking over Northwestern.

Didn’t think ice could be so scary? Well then you should have your brain checked, cause its fucking terrifying. When I say that ice was falling from the sky, I literally mean that ice balls the size of jawbreakers were pulverizing the community. Also, for everyone who thought that the cold weather scene would replicate the setting of Disney’s “Frozen,” you’re just flat-out incorrect. The weather at Northwestern makes that movie look like a little fat boy with boob sweat. The only things students were “Letting Go” of were their backpacks because the excess weight slowed them down from running away.

On my way over to a class in north campus (I live in south campus…fml), I realized that I was not prepared enough for this kind of weather. Despite my iPhone’s cute display of a little snowflake on its weather app, the sky was not only was hailing cats and leprechauns, but it was windy as SHIT. It was so windy that students who were also trudging to class could barely move their limbs forward. All people under 5’3” were in serious danger. One girl even tried jumping one step forward, but the wind blew her two steps back. I also witnessed dozens of students get picked up by the storm and carried off somewhere near Chipotle. Put an umbrella in everybody’s hand, and Northwestern would have had a Mary Poppins frenzy all up in this bitch.

After I walked along the lakefill until I was just a few hundred feet left to my destination, I reached a braking point. Covered in small cuts from the hail, I shouted “AUNTIE EM, AUNTIE EM!” with hopes that the wind would carry me to some far away land with good weather and muchkins on crack (think “the molly-pop guild”). Alas, dreams do not always come true, and after passing a bunch of ducks that didn’t give a quack about the weather condition, I finally made it indoors.

The iPhone weather app just told me that a snowstorm is coming. Guess I’ll be moving to Bobb then.