Study: Your Ancestors Are Disappointed in You 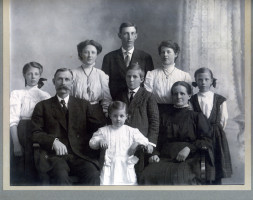 YOUR HOMETOWN — Reports indicate that if you hadn’t slacked off the first five weeks of that one semester in high school, you would’ve made it into Harvard or Stanford. Chances are even better that you could’ve totally gotten a letter grade higher if you did your work like you’re supposed to and your TA wasn’t incompetent and didn’t hate you. Now, researchers have just discovered evidence that your ancestors are disappointed in you just like you always feared they would be.

Using ground penetrating radar, sensitive seismographic instruments, and a Ouija board, archivist Louis Diggs of the University of Your Hometown has confirmed that your ancestors are indeed rolling in their graves. “Yes, and it’s perhaps the most serious case I’ve ever been acquainted with. If we could attach a battery without violating ethics laws, we could provide energy for at least five hundred homes—from just your prohibitionist great grandmother.”

The study, published this week in the journal Humanitas, found that nobody is more disappointed in you than the ancestor who first came to America to find a better life for his descendants. “He went so far as to try to crawl back to the mother country,” writes Diggs.

This research comes on the heels of previous research headed by Leslie Friedrichson of Northwestern University that determined that your ancestors were better than you in every conceivable way. According to Friedrichson’s intensive study of your genealogy dating back to the Visigoths, your German cousin five times removed, who obviously received the good genes, is working to eradicate world hunger while you consistently grab too many cookies in the dining hall. “And your great granpappy—if he hadn’t been forced to take over the family farm from his ailing papa before he could finish high school—probably would have been president,” Friedrichson speculated. “What’s your excuse?”