Fitz Runs Out of Virgins to Sacrifice 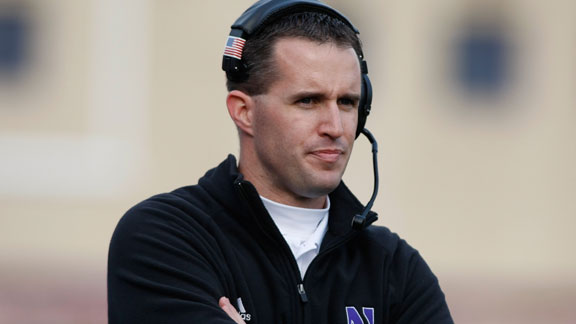 EVANSTON — After an embarrassing loss to Michigan, reports say that Coach Fitz has run out of virgins to sacrifice. Fitz allegedly sacrificed his last virgin during the Minnesota game.

The virgin-sacrificing ritual allegedly protected the Wildcats from bad plays, aggressive defense, and penalties. Morty and an unidentified group of cloaked men supposedly joined Coach Fitz in performing the ritual in the locker room before each game.

Without the virgin sacrifice, the team returned to normal. They lost the game 38-0.

Sources say that Coach Fitz is trying to find more virgins to sacrifice. He is reportedly looking for virgins in the Northwestern student body and hopes to find suitable candidates before the Northwestern Goggles effect is in full-force.