Halloween Not Nearly as Scary as Constant Threat of Failure 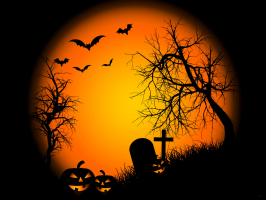 EVANSTON — A new poll conducted by Northwestern Student Affairs found a kooky autumnal curiosity: Halloween, the scariest holiday of the year by a long shot, is widely considered by undergraduate students to be less scary than the constant, looming threat of irreversible failure.

The survey asked students to rank several items on a scale from not scary at all to very scary. Several Halloween-related notions such as “zombies,” “witches,” and “pre-teens out after dark” consistently scored lower than such items as “bad grades,” “familiar disownment,” and “the smothering, asphyxiating blackness of the all-consuming oblivion of disappointment.”

Junior Marcus Yates, WCAS ’17, explained why Halloween just isn’t that big of a deal. “You can just stay inside and avoid all the scary stuff,” he said. “But when you try to run from failure your dad will burn all of your favorite socks, including the blue plaid ones that are really comfy in the winter, you know?”

Multiple sources are reporting that some students are looking to take advantage of the imminent threat of failure by dressing up for Halloween as your disappointed mother.