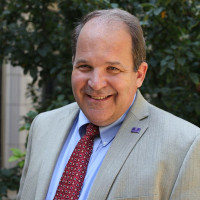 EVANSTON – Student protesters gathered outside the Residential Life Director, Paul Riel’s, office this past week in a successful attempt to require all RAs to wear body cameras.

Student group Battered Dormitory Students Matter—abbreviated BDSM—represents students who have fallen victim abuses of authority on campus. They have spearheaded the protests, citing a “pattern of conduct violations” on the part of RAs across campus.

Initially, numerous reports surfaced involving RAs who try to take pictures of residents for their bulletin boards without their consent. While “Don’t Shoot!” has become the battle cry of students within many dormitories, other students have come forward regarding more unique incidents.

One such incident involves RA Cosmo Kessler of Bobb Hall breaking into a student’s room without permission. As victim Lance Donaldson, WCAS ’18, recalls, “He literally sauntered into my room, found my handle. I thought he was going to confiscate it, but he just started drinking from it. Then he left my room like he owned the place!”

“It was a scratch!” defended Newman. “You see, it was all about the angle. He was viewing me on the right side of my face, and I was scratching the left side of my nose with my right hand. It’s impossible for him to know that there was any pick action going on!”

Acosta maintains that the action was, in fact, a pick.

Residential Director Joe O’Geen was disheartened by the accusations and hopes that body cameras will help curtail the number of conduct violations in the future. “I have trouble believing this,” he said, “Our RAs are supposed to be as distant from residents as possible and not give a shit about anything.”

NU students, however, have no trouble believing the stories, with the biggest trending hashtag among the student body being #JeSuisJerry.