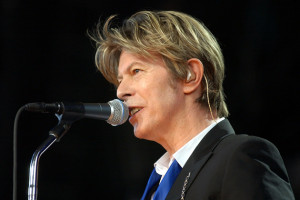 I believe that David Bowie will most likely not headline Dillo Day. I know this will come as a surprise to some, but the chances of the singer coming to Dillo Day to perform songs off of his newest album, Blackstar, and some of his classic songs just seem very low.

Let me explain this daring deduction. David Bowie has stopped touring and I doubt that he would make his return to touring at Dillo Day. I know it would be awesome to see the living legend, but Dillo Day is not a big enough event for such a popular singer to make his inevitable return to performing.

Also remember that this is Mayfest we are dealing with. If they even got David Bowie, they would probably find some way to fuck it up. David Bowie’s time is precious and he would not waste any of it working with amateurs.

Bowie fans also need to make the hard realization that nobody is talking about David Bowie right now. In his prime Bowie might have released timeless albums that still resonate with people forty years after they were released and he might have once been a role model for countless outcasts, but no one is talking about that anymore. I doubt the average Northwestern student could name a single David Bowie song other than “Space Oddity.”

This is why David Bowie will probably not headline Dillo Day. I’m not going to say that it is impossible for him to headline, but it is very unlikely. Mayfest could probably bring someone back from the dead before they got Bowie.