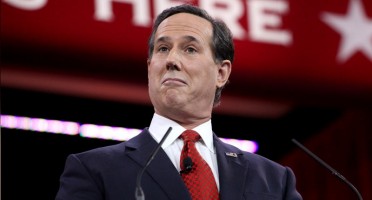 IOWA – On Wednesday, former Pennsylvania Senator Rick Santorum announced that he had pulled out.

Santorum stated, “I want everyone, and I mean everyone, to know that I have pulled out. It was a tough decision. I felt a strong urge to stay in just a little bit longer. I think that urge is always there though. There is certainly something satisfying about staying in and just seeing what happens.”

Santorum cited his long history of pulling out when explaining his decision. “This isn’t the first time in my life that I have pulled out,” he said. “In fact, I believe that I have become an expert at judging when to pull out.”

Santorum described pulling out as an art, stating, “you have to learn how to maximize the benefits without drawing on unnecessary risks.” He explained that the few times he did not pull out, he ended up “stuck with long-lasting commitments” that cost him “every penny he had.”

He concluded his statement with hopes of being remembered by the American people. “I think I have seriously affected all Americans. I can only hope that if nothing else came from my time spent engaging these people, they will at least all be left with a little Santorum somewhere inside of them.”