Op Ed: All I Want For Valentine’s Day Is The Title IX Complaint Dismissed 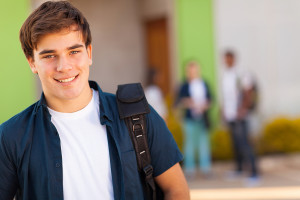 I am a human being, and undoubtedly I have faults. That said, I am also a person who lives both with humility and a belief in the virtue of a life led simply. As Valentine’s Day approaches, many will wish for a beautiful and special day with a loved one—others, for a partner who as of now has yet to come—and still others for nothing more than a night of unattached sex with a like-minded stranger. I am not so presumptuous—I wish for none of these things. All I wish for is a ruling in my favor in the ongoing investigation of the Title IX complaint brought against me earlier this academic year.

There are very few people who can fully identify with the experience I have had. It has been a long and trying year. Imagine you are a new student, a freshman. Imagine, next, that you slip up. You say something questionable. You do something insensitive. Maybe you stood on a table and screamed the C-Word in the Collaborative Zone. Maybe you wore a strap-on over your gym shorts during a morning jog. Maybe you catcalled a girl who you thought was on the soccer team, but who it turned out was not a student at all and was in fact your Residential Living Director in sweatpants and a baseball cap (an outfit, I’d like to add, that most people would consider a disguise, making the above situation a form of entrapment). It could have been any of those things, or it could have been something entirely different, or it could have been all of those things and also a few others. It doesn’t matter—the point is, you’re sorry. You’re so, so sorry.

But imagine that you exist within a system which assigns remorse no value. Imagine that your life has become a living nightmare. Stoic lawyers, angry protesters and crying parents abound. It’s absolute hell, and you’re at the very center.

I have searched every conceivable nook and cranny for applicable wisdom, and for any sort of ally. I’ve read every web page on the matter, and even half of a book. I engaged in a great deal of highly experimental drug use, none of which induced the sort of positive introspection I had expected. For several weeks in mid-November, I casually dated Laura Kipnis, which I should add may have been the one silver lining of this whole ordeal. But these things, it turned out, were reprieves and nothing more. I’ve learned that even the best of mentors or the most Peruvian of hallucinogens can’t necessarily help in a situation as dire as mine. Some storms must be weathered alone.

So do not mistake this for a defense of what I did. My actions undoubtedly created an unsafe space for a full half of our community —they are by my own admission indefensible. On the contrary, see this for what it quite nakedly is: a desperate, terminal act of pure subordination, humiliation, and contrition. It is nothing more or less than a plea—directed to some extent towards the community at large, but specifically, to the good people at Latham, Marshall &

Weisenstein, which really is just a fantastic law firm—to exercise the capacity for mercy and forgiveness that I know they possess by clearing me completely of any wrongdoing. It’s all I want for Valentines Day, other than maybe a cheap fuck.

Iran Releases List of 52 American Cultural Sites to Bomb, 43 Burger King Locations, Other 9 Jimmy John’s — Uncle Bob Playing Drinking Game by Himself with No Rules at Thanksgiving Dinner — Op Ed: If Improv is About Saying “Yes” Then Why Did Every Group Say “No” to Me? — Scandal Breaks as The Rock Is Discovered To Be A Legacy Student — Oopsie Alert! That Self-Deprecating Joke During The Ice Breaker Did NOT Stick The Landing