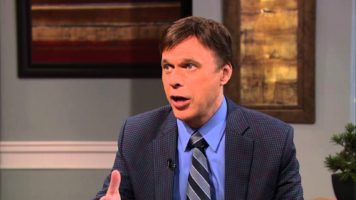 Midway through his Gen Chem midterm on Monday evening, Professor Allen Wilson decided to unleash a pop quiz on his tired, overworked students.

It came after a long week of assignments including endless practice problems, extra readings, and required group work sessions. Despite all of this, sources have confirmed that most students ended up failing the quiz. Word has not yet been released on the mean score of the midterm itself.

When asked why he would take such an unusual tactic in teaching, Wilson reaffirmed his support for the idea even though the grades were poor. “I’m teaching them about the real world!” he said. “They all think they have it figured out until BAM; there’s a pop quiz when you’re least expecting it!” He went on to say that most of his students were still disastrously unprepared for anything, based on the subsequent scores.

His students had mixed reactions to the quiz. “I can’t believe anyone in this world would be so cruel,” said Sadie Benson, WCAS ’20. “I thought I could be premed, but at this point I’ll probably be switching my major to English. I hear that department is way chiller.”

On the other end of the spectrum, Aimee Caine, WCAS ’20, was happy to see a professor taking things so seriously. “I knew when I applied to Northwestern I’d be challenged, but this is better than I could have hoped for.” Through investigation, Flipside reporters discovered she was the only one not to fail the quiz.

Since Monday evening, 30% of Wilson’s Gen Chem students have dropped out and followed Benson’s lead, declaring majors in the humanities. Statistics confirm that those still in the class are likely to drop by week six and are only remaining because they want a chance at a respectable career.