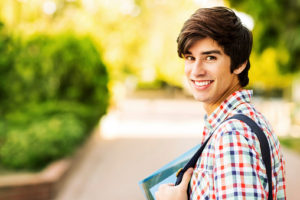 The difference between seniors in high school and seniors in college, according to Chris May-Ashe, WCAS ’17, is that you can plan in advance for your senioritis. In the great Northwestern tradition of extensive preparation so as to maximize laziness, May-Ashe has foregone using any of his three drops for the first three years of his college career. As of the morning before the drop deadline, however, the biology major’s noteworthy streak is coming to an end with his decision to drop Global Bioethics, the last course he needs to complete his Ethics and Values distribution requirement.

May-Ashe, who has been hired by an unknown Houston-based environmental group, plans to take a full slate of classes for his final two quarters and drop whichever ones he “just doesn’t feel like” doing. He anticipates dropping at least one more Area 5 distro winter quarter before finally knuckling down in the spring and accepting the B- that he knows he probably deserves.