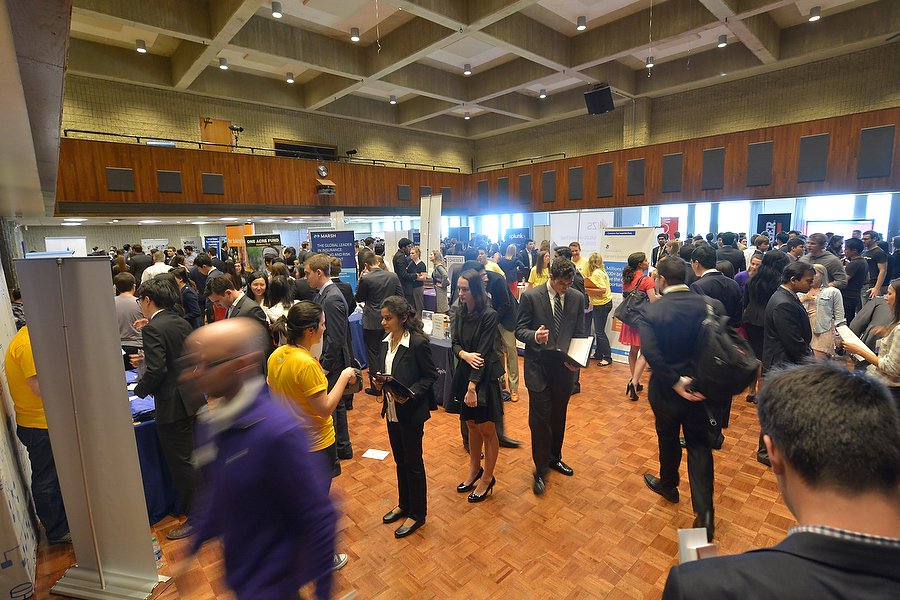 In an homage to Martin Scorsese’s 2012 Oscar-nominated picture “The Wolf of Wall Street”, area sophomore Ricky Austin, WCAS ’19, gathered the attention of students and employers all across Norris yesterday afternoon and proceeded to swallow a live goldfish. “I only did a major stunt like this to prove my loyalty to any company offering internships,” said Austin only minutes after the event, adding that a part time job would be too much because his schedule was full of pledging for fraternity Beta Beta Beta.

Bryson Artigue, representative of Pepperidge Farm, witnessed the situation unfolding live from his company’s booth in the corner of Louis Room. Artigue recalled, “[Austin] stood up on a vacant table in the center of the room and started shouting some nonsense about Jonah Hill. He proceeded to bend down, removing the goldfish from its bowl, and drop it straight into his mouth.” NUPD shortly arrived on the scene after to test Austin for any drugs in his system, specifically Quaaludes.

After the tests came back negative, Artigue reportedly offered Austin an internship at the Milano cookies division of Pepperidge Farm, stating “We value loyalty like that at Pepperidge Farms. We had another similar position available at the Goldfish division, but it just felt a little too soon.”

Featured, Local, No. 210 Career Fair, consulting, Get a job