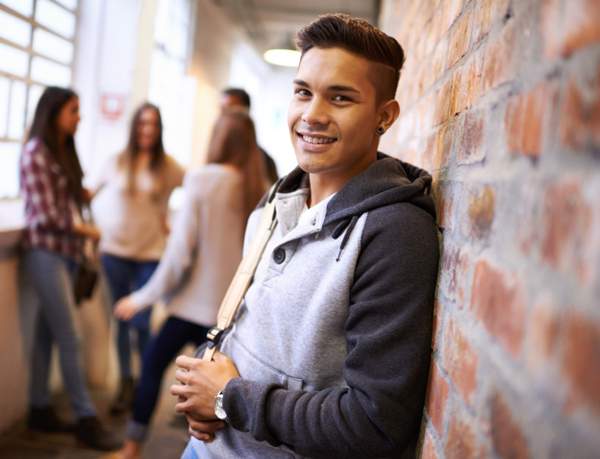 Sources say Patterson, who hadn’t been seen in person since September, finally emerged from his room in Elder on Monday morning, looking terribly sleep deprived but ready to attend classes and talk to other people.

“It’s been a long battle,” said Patterson. “Sometimes Netflix would ask if I was still watching, and I would almost say no. I’d think about maybe hanging in the lounge or possibly going to class, but I pulled through. I wasn’t going to let stuff like that get in the way of the goal I’d worked so hard for.”

“I don’t know how he did it,” said suitemate Olin Cooper. “I have like seven shows on my Netflix list, but with homework and meetings every day I haven’t even found the time to start them. His dedication to Netflix is inspiring.”

While Patterson has become something of a campus hero, he seems to be coming down from his high. “Classes just don’t engage me the way an episode of Narcos or Stranger Things does. I’ve been giving some serious thought to starting Hulu, but I’m worried it won’t be the same.”