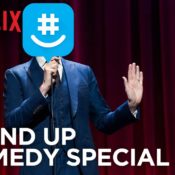 Whereas Jeremy describes his humor as “observational, yet edgy,” most in his group chat describe it as “bland” and “unnecessary.” This has resulted in many members muting the GroupMe conversation. 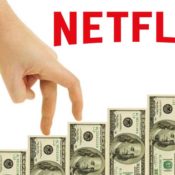 Op-Ed: Netflix Could Shoot Someone on Fifth Avenue and I’d Still Pay for Their Service

Look—I’m not usually in favor of violence. However, I’ve been appalled by media attacks on Netflix over their new pricing plan. I have a simple message for my fellow Netflix customers who are considering defecting: if Netflix CEO Reed Hastings were to shoot someone in broad daylight on Fifth Avenue, I would have no qualms about continuing my subscription. The reason is simple: consider the alternatives. I’m not saying Netflix is perfect, but it’s sure better than Hulu. Is it 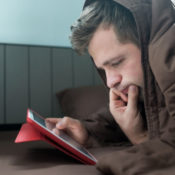 “I mean, I feel like I could do DM in one afternoon and get the same out of it,” continued the same person who watched every season of American Dad at least three times.

Patterson, who hadn’t been seen in person since September, emerged from Elder on Monday morning, looking terribly sleep deprived but ready to attend classes and talk to other people. 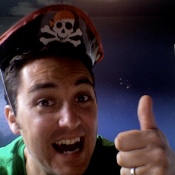 Davenport insisted that he was not wearing the pirate hat because the movie he was watching was about pirates. “I AM a pirate,” said Davenport. “I wear this hat all the time!” 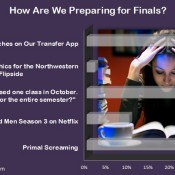 Infographic: How Are We Preparing for Finals? 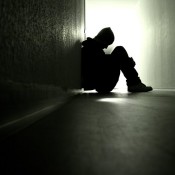 5:52 PM – Weekend time! Got my midterms behind me and an awesome weekend with absolutely zero responsibility ahead of me! Time to celebrate! Whooooooo! 6:23 PM – Celebrating with Hot Cookie Bar at Allison! God damn that tastes good! This is what college is all about, right here! Who needs the Greek system anyways? 7:13 PM – Just getting a little History homework out of the way, then it’s party time! 7:56 PM – Here we go! Swiped a

LOS GATOS, CA—Users of the popular DVD distribution service Netflix were up in arms on Monday after the company ran out of copies of the popular comedy “Harold and Kumar Go To White Castle,” a film popular with stoners all over the globe. “Like, dude,” area Netflix user Ben Mellon told The Flipside, “not seeing “Harold and Kumar” on 4/20 totally messes with my chi. That one scene where they get the White Castle burgers is sweeeeet.” Netflix spokesman Adam

Stephen Hawking One-Upped by Some Guy on Wheel of Fortune

LOS ANGELES—Stephen Hawking was given quite the stir earlier this week as his lead was robbed by some guy named Ted near the end of Wheel of Fortune. As Ted ventured on to accumulate even greater fortune in the Bonus Round, Stephen sat looking shocked and appalled, making guttural noises through his keyboard to express his frustration. “I never heard of this dude before, but he made it real hard for me to win” said Ted. “When he said he