Mayoral Candidate Passes the “Who Would I Shoot Heroin With?” Test 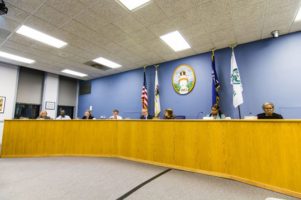 Dark horse alderman Harry Quinn is the only candidate of the Evanston mayoral campaign so far to pass the “Who Would I Shoot Heroin With?” test. “It has always been said that the mayoral office should be both for the people and by the people,” Quinn mumbled, “And that’s why I am proud to announce that when it comes to just hanging back and doing some heroin, I’m the people’s guy.”

However, while passing the “Who Would I Shoot Heroin With?” Test is highly correlated with campaign success, politicians note that it is only one of many factors that make or break a successful candidate. “I’ve never even done a single one of those heroins,” two-term mayor Elizabeth Tisdahl explained, “But through my strong policy stances, I won the people of Evanston over—even as my policies have further ruined the most adamant users’ lives.”

Fortunately for Quinn, word on the street indicates that he has already won the people over. Cindy Michaelson, an Evanston resident, explained the positivity. “When I look through all of these candidates, I just see a bunch of old out-of-touch men I’d never want to shoot heroin with,” she stated, “But Quinn is something different. He’s been there. He gets us. We’d love to shoot some heroin with him and we’d love to support him as the new mayor of Evanston.”

Quinn, for his part, takes criticism in stride. “I don’t have a problem, YOU have a problem,” Quinn shouted at a rally, “with Evanston’s weak infrastructure policies. But, as mayor, I could assure you that I could stop that problem any time I wanted.”