English Student Supports STEM But Only By Retweeting @RogueNASA 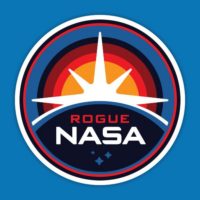 Local English student Maria Owens, WCAS ’20, strongly supports the advancements made by those in STEM, but only through her daily retweets from the account RogueNASA.

“I think science is really, really important,” said Owens. “But I’m just not like into it myself at all. Like I care about medical advancements and climate change and such because it affects me for sure, but I don’t actually want to research any of that myself.”

In lieu of her inability to really understand science, Owens has decided the best way to show that she cares is to retweet snippets about important scientific advancements and discoveries from the recently created Rouge NASA. “I picked them because they’re outside of the government’s influence, so they can’t be censored, and me and all of my followers can know what’s really up,” Owens said. “I would follow the Alternate National Parks accounts, but space seemed more scientifically legit.”

While Owens’ Twitter appear to portray her commitment to RogueNASA and its cause, sources close to her are critical of her intentions. “I know she says she cares about science,” said Owens’ roommate Lexi Wayne. “But if you ask me, she just likes the NASA logo and thinks pictures of stars are really pretty. She just wants people to think she knows about this stuff. I’m pretty sure she doesn’t even know what STEM stands for.”

When asked about these claims, Owens refused to comment on them, instead telling reporters to check her Twitter. “My retweets are getting the message out there,” she said. “Some people get involved in research, but I plan to make change with the help of @RogueNASA.”