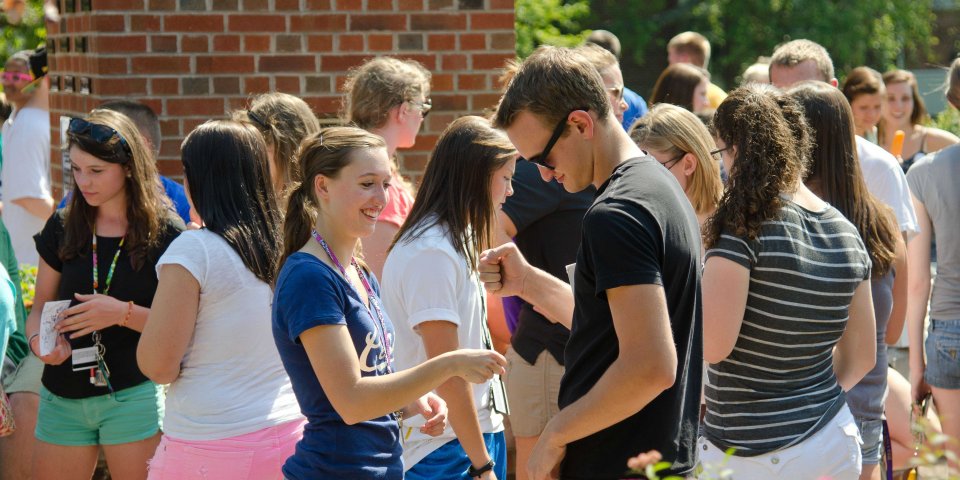 In a maneuver described by neutral observers as “masterful” and “ultra-smooth,” SESP freshman Jacob Banbury expertly slid the words “my girlfriend” into a quick anecdote he told his friends over lunch in Norris earlier today.

“It was sublime,” said one of those friends, Landon Trent, WCAS ’20. “He wasn’t, like, making a big deal out of it. He just nonchalantly dropped in the fact that he’s getting some while telling an unrelated story about what he gets on his Subway sandwiches.”

The skillfully-placed aside prompted others at the table, including Ian Riesling, SESP ’20, to inquire after the identity of Banbury’s romantic partner.

“I mean, how are you not going to ask?” Riesling said. “He just dropped it in there with no elaboration, like he barely even realized he was saying it.”

Once he had given himself social cover to talk about the new woman in his life, Banbury went on at length about every aspect of his relationship with Rachel Farnworth, an Evanston Township High School senior who works at Forever 21.

The monologue lasted for thirty-four minutes (though Trent’s estimate was “a few hours at least”) and covered everything from the couple’s first conversation on Tinder to the enthusiasm exhibited by Farnworth while giving oral sex.

“It was way more information than we ever wanted, but you’ve got to respect his game,” Riesling said. “The way he just snuck in those two words into the initial Subway story totally trapped us. Like, you know that one scene in Return of the Jedi where Chewbacca grabs the animal carcass off the tree and that triggers a net that traps them all? Yeah. ‘My girlfriend’ was the juicy animal carcass.”

Banbury would not comment on reports that he was planning on discussing his new girlfriend in detail during his Spanish oral exam this Friday.