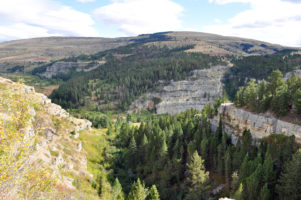 In an effort to “boost the morale and can-do spirit in the fine leaders of our many student organizations on campus,” Northwestern’s Student Organization Financial Office mandated all student leaders participate in a University-sanctioned retreat in the Montana wilderness.

The retreat will be held during the week of September 11-25 this year, conflicting directly with Wildcat Welcome. Student leaders are required to attend the retreat or make every member of their club stand trial before a United States military tribunal.

“God-DAMMIT,” lamented rising Weinberg junior Nathan Lee, who is both a club President and Peer Advisor, “Well, I guess I’ll just let my kids have at it themselves. Northwestern’s acceptance rate is low enough that they should be smart enough to figure it out.”

The retreat is taking place in an unspecified location as of press time. “Very, very isolated,” remarked Dean of Students Todd Adams. “We don’t even know where we’re taking them yet, but just however remote you can get in Montana, that’s where it’s gonna be.”

According to SOFO, the goal was to find a location inaccessible by road or other conventional forms of transportation. Students will instead be parachuted down to their respective locations from 20,000 feet in the air – funded by the billions of the dollars raised for the WE WILL campaign that has been taking place for the past few years.

“It’s a drop in the bucket, really,” quipped Adams.

Student leaders, advisors, and faculty alike have criticized the retreat for its poor planning, calling the decision “irresponsible on the part of the University administration.” However, the Norris Center defends the SOFO retreat saying, “this is really the only place where we could find a safe space.”

If the retreat proves to be successful, SOFO will begin exploring new plans for a student leadership militia outing in Aleppo.