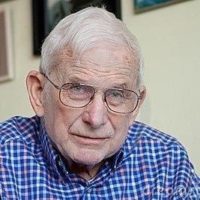 After a strained exchange as the family greeted the stranger for dinner, local grandfather and private racist David Wilkens sat at the far end of the dinner table silently musing about the ethnicity of his granddaughter’s new boyfriend. Candice Wilkens, a freshman English major, decided to bring her melting pot of a boyfriend and international student, Yuri O’Flannigan, to meet her family. “He can’t be Japanese, they never come this far north. And where does someone with that tan get off using a last name like O’Flannigan? It’s a goddamn mystery,” mumbled David upon spotting him, eyes searching for any stereotypes in the boyfriend’s behavior that might lead him to the right racial slur to blurt out in a frenzy.

Witnesses report the night got off to a rocky start when Candice asked the family to serve tacos, O’Flannigan’s favorite food. David, believing victory in sight, referred to the tortillas as “Dirty fuckin’ Home Depot Handkerchiefs.” He was then immediately taken aback when the young beau wasn’t the right shade to be personally marginalized by that outburst: “I thought I had him there, with the food. But when he greeted me, he had one of those Commie-French accents. Who the hell are they letting into our schools these days?” As the elder Wilkens actively suppressed one of his patented “the Charlottesville protesters had some good points” rants, the family and boyfriend had finished dessert and retired to the living room to watch baseball.

At press time, Wilkens had smugly decided to change the channel to Fox News, just to cover the rest of his bases.