Club Treasurer Refers to Himself as “Director of Finance” 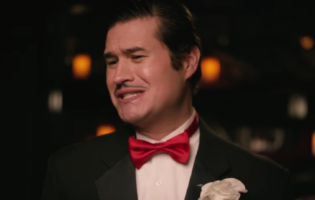 Local sources have reported that the Northwestern Rock Collecting Club’s Treasurer Brian Vasquez refers to himself as director of finance. “Given the important status of my position, of overseeing the money, it’s only fair that my exact title reflects the arduous task that I bear,” stated Vasquez.

When asked about why the club exec board is okay with Vasquez making such claims, Rock Collecting Club President Mary Wynn responded that “since Brian has to deal with SOFO and ASG, we thought it would be okay if he gave himself a name boost. I mean, to be honest, being treasurer kinda sucks, and he only got the job since he was the only one who ran for it. So what he does with the name is no concern to us.”

Still, Vasquez has gone to great lengths to emphasize his title ever since getting it, even to the point of signing every test and paper he turns in as “Director of Finance and Investment Brian Vasquez III, Esq.” While such a name change has been slowly irritating the Exec board, they still plan on letting Vasquez keep his job as it would be more difficult to get someone else SOFO trained. Since then, Vasquez has been seen walking around campus in a tuxedo, top hat, and monocle.