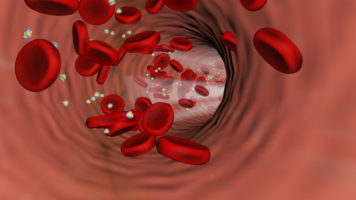 After sources saw the disease sloppily infecting the trashed vascular system last night at a party, reports today indicate that an area mononucleosis virus had successfully hooked up with a drunken bloodstream it met only hours beforehand.

“I was just hanging out on the rim of a beer pong cup, like I do,” the virus said. “Then my eye catches this smoking hot piece of vein by itself in the corner, and I just knew I was gonna be inside of it before the night was over.”

Witnesses to the event further report that the hookup only became a possibility when the bloodstream became increasingly intoxicated as the night went on.

“Its plasma seemed pretty normal at the beginning of the party,” said Julian Felton, WCAS ’20. “But as soon as enough ethanol started flowing between the platelets and macrophages, I figured it was only a matter of time before the two of them started swapping molecules.”

This news comes on the heels of recent allegations that the bloodstream had just exited a long-term relationship with HPV.