Freshman Wakes Up as UChicago Transfer After Mixing Antibiotics and Tequila 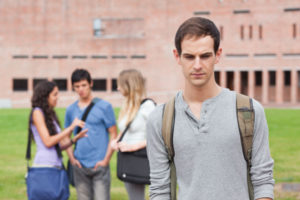 After a night of heavy drinking while on antibiotics, WCAS freshman Adam Hanson has reportedly transferred to the University of Chicago.

A source close to him said Hanson was put on Amoxicillin this past weekend after already having committed to attending a Tequila Tuesday mixer. “Someone told Adam alcohol is an antiseptic, so I guess he figured it would just help speed up his recovery.”

Hanson claims he has no recollection of the event.

“I think I blacked out somewhere around my sixth Tequila Sunrise, and by the time I whited back in, I was sitting in a classroom inside this really gothic-looking building. All the students around me looked dead inside. I later found out I was in a Particle Physics class at UChicago.”

Hanson’s roommate, John Chesner, commented on Hanson’s past experiences with tequila. “One night, Adam performed a one-man rendition of Bohemian Rhapsody after having three margs,” said Chesner. “Another time, merely two shots in, he ran off to the Lakefill and got into a verbal altercation with one of the ducks because it, quote, ‘quacked at him the wrong way.’”

Still, Hanson’s tequila transfer surprised even Chesner. “He’s done some pretty crazy things, but I never thought he’d do something this reckless.”

At time of press, when asked if he plans on coming back to Northwestern, Hanson said he wasn’t sure how he transferred out in the first place but planned on repeating this Tuesday’s events in hopes he wakes up in his Russian Lit class.