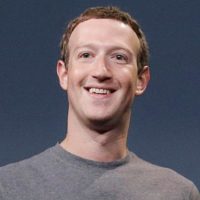 Facebook, the friendly social media website used by people around the world, began rebuilding trust with its users this Monday by alerting them to everything it knows about them.

“As if I didn’t trust Facebook enough already,” said Ted Damon, area father, “I can definitely put my faith in it now that it’s showing me how well it knows me.” Prompted for clarification, Damon said, “Who doesn’t love a business that listens to its customers?”

The move comes after news broke last month that Cambridge Analytica, a firm hired to get President Donald Trump more likes on his page, was able to obtain information about 87 million Facebook users.

“I started Facebook, I run it, and I’m responsible for what happens here,” said Mark Zuckerberg, the CEO of the tech powerhouse. “There’s no way I’d let Trump get enough data to pass Ronaldo in likes.”

Although Facebook holds your address, clicked ads, credit cards, date of birth, facial recognition data, locations, likes, messages, numbers, photos, political and religious views, posts, searches, shares, and literally anything else you can think of, early reports suggest most people are not freaking out about this enough.

“To be completely honest, I just don’t want anyone to know how much Farm Cash I bought in 2012,” says one user who asked to remain anonymous. “It was a dark year for me, and in my defense, I didn’t think any of us were going to make it out of it alive.”

As part of Facebook’s move toward complete transparency, beginning next week, every user will be able to see everything about every other user too. “We are going through a broad philosophical shift at the company,” Zuckerberg said, “and want to show all of our users all of the data we collect about all of them.”