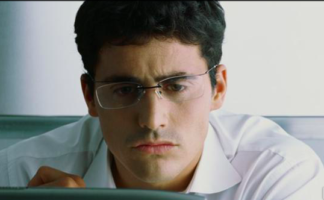 After telling friends he totally doesn’t mind not having Friday night plans at all, Chad Melbourne took to Yelp to write reviews of the parties he wasn’t invited to. “No chips, no beer, no music, and the host is irrationally afraid of sea lions,” wrote Melbourne about his lifelong friend and frat pledge, Frank, after not getting invited to the Beta Beta Gamma rager this past weekend.

Friends have tried to dissuade Melbourne from using the restaurant-reviewing app to trash-talk his more social buddies, but Melbourne denies the allegations. “I don’t know what you all are talking about,” he told reporters as he quickly jammed his phone back into his pocket. “ChillDudeReadytoPartyTotallyFreeWontHoldItAgainstYouIfYouInviteMeLastMinute could be anyone! And frankly, everyone knows about your weird habit of eating the entire outside of an apple before getting to the actual fruit, Jim. Maybe people wouldn’t be so quick to talk about it if you asked me to come to that concert Thursday, hmm?”

At press time, Melbourne had moved on to Zillow to wreak his too-much-free-time-fueled rage: “Two-bedroom apartment, projector in living room is great for movie nights, Dan’s a straight up bitch.”