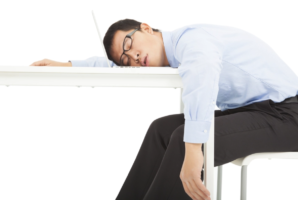 In lieu of traditional polite yet impersonal rejection emails, potential employers have reportedly been unable to bring themselves to bring themselves to turn away Weinberg senior Miguel Campos after reading his cover letters. Campos’ attempt to display his array of marketable skills stunned and horrified HR representatives who claim never to have seen someone so beaten down by life.

“The whole time I was just thinking, this is how he wants to present himself? This is the image of himself he wants us to see?” stated Lisa Goodell, hiring manager for Paradigm Consulting. “The poor kid actually used the phrase ‘competent follower’ three times.”

Campos reportedly visited Northwestern Career Advancement twice before sending the letter. “I genuinely believed he was asking me to proofread a short horror story for a good 30 minutes,” said Career Advisor Kerry Phillips. “I spent so long convincing him that beginning the letter with ‘Despite my sub-par GPA and complete lack of social skills’ wouldn’t net him any interviews that we didn’t even cover action verbs. I swear I saw ‘has assisted in the partial development of myself’ written on there.”

Despite concerns, Campos argued that employers are looking for someone with a grip on reality. “Employers know we’re all just BSing at this point anyway,” insisted Campos. “Being real about my skills will help me stand out.”

At the urging of friends and family, Campos plans to more aggressively market himself but continued to only further reveal the true depths of his self-esteem. “He’s my friend and I want nothing but success for him,” said Jordan Ezra, SESP ’19, “but under skills he wrote ‘4 years experience lowering others’ expectations to quietly sail through deadlines unnoticed.’”

At press time, Campos decided to remove his resource management internship at Google from his resume in order to appeal to smaller companies.